0
“Autism Saved My Life”
28 August 2019
Trueautism
The “Sherlock Syndrome” – an Experience of Autism
August 27, 2019 by editor in Trueautism

I realized early on in life that I was able to see the world differently than others around me, even if I didn’t understand exactly how, or why.  As time went on, I was able to see striking similarities to extreme thinkers, both real, and fictional — although, for me, one stood out in particular: the fictional character of Sherlock Holmes, created by Sir Arthur Conan Doyle.

The seeming unmatched ability of Holmes to detect, observe, and use deductive reasoning like a razor to cut through the confusion is something that exists in real life.  While, admittedly, some of the deductions made by the character in the books and movies featuring the character may seem a bit far- fetched, they are really just imaginative examples of what his type of mind can do.  And, what type of mind is that?

Moreover, how am I able to make this statement so assertively?  How can someone possibly know if this phenomenon of very superior intelligence exists somewhere outside of the pages of a book, or if it is simply an exaggeration of what is possible?  The similarities between Sherlock and members of the autism spectrum known as Asperger’s Syndrome are remarkably similar enough to suspect that Sir Arthur Conan Doyle knew someone with this type of mind and perhaps used it as a template for his character.

My experience with Asperger’s Syndrome has had so many parallels with this literary character that it is almost absurd, were it not true.  I was diagnosed late in life (late 30’s) with autism in the Asperger’s Spectrum.  Through diagnostic testing it was revealed that I possessed an IQ in the Very Superior range of intellect (WechslerIII), and considered completely untestable in the categories of: Memorization, Pattern recognition, Deductive Reasoning (logic), and Communication.  To be classified as “untestable” on an IQ test simply means that the test cannot measure the breadth, or depth of your knowledge or ability in that particular area.  You simply max out, and exhaust the highest limits of the test before they find the limit of your ability.

Consider Sherlock Holmes. What does he excel at? Memorization, Pattern recognition, deductive reasoning, and of course to the chagrin of many other people around him, Communication. He is anti-social, often emotionless in his delivery of information, or interaction with others, and has blind spots in acknowledging social clues which leave him many times misunderstood by those around him.  He is also scathingly sarcastic, at times condescending, and even outright rude to those he works with. The truth is more important to him than the feelings of others, and reality takes precedence over emotions.

These traits are not just strikingly similar to my own intellectual, emotional and psychological makeup, but so are the results of his actions. I am considered by those who decide such things as the world’s foremost expert on the Coral Castle in Homestead, Florida.  I have detected clues and patterns which were overlooked, unrecognized, and yet in plain sight for decades before I came along.  They prove that the builder of the enigmatic structure left behind a series of intellectual hurdles, riddles, puzzles, and clues to be found after his passing which reveal his method for constructing it, which has been a complete mystery to anyone who has attempted to plumb its depths, until I began investigating.

Sherlock Holmes also possessed an uncanny and innate ability which is not normally tested but is critical to the autistic mind: perception.  A sensitivity to observation which unlocks additional information, is an enormous asset to investigating.  I also possess this extremely useful tool in my intellectual repertoire. It is something with which I have come to rely on and trust implicitly.

I have even used his same lines, to the same questions that he receives from others!  I am asked sometimes, “How on Earth did you see that?” and my response is always the same: “Because I was looking for it.”

Combining all these abilities into one person, and then adding the obsessive desire to accumulate as much knowledge as possible makes for a formidable investigator, a brilliant analyst, and at least in the case of myself and Mr. Holmes, a nearly unbearable personality at times.  It seems as if the only subject we are incapable of understanding is people.  However, is that really such a surprise?

People are often illogical, overly emotional, incompletely informed, and not nearly as driven or single-mindedly focused on a goal as those with the traits expressed above.  The desire to offend is nearly absent in myself, and it seems in Mr. Holmes as well.  Intentions are always positive in the struggle to find, or in the delivery of the truth.  However, it is in the delivery and mutual exchange of information which seems to offend others through what they perceive as an arrogant or condescending demeanor.

I will watch or listen to the same thing over and over if it is pertinent to part of an investigation, without ever being bored or sick of it.  I am constantly asking myself, “What did I miss?” rather than consoling myself on how well I’ve done.  I look at sarcasm and banter as a sport, where feelings are irrelevant to me.  The quip, the punchline, the rant, is all a sort of an intellectual fencing exhibition, of which I have met no equals.  However, when a point is scored, I gleefully acknowledge it, as opposed to others who may feel slighted or offended.

Like Holmes and Tesla, my Circadian has no rhythm.  I sleep erratically, and rarely.  I can never be bored because there is too much to do, too much to learn, and it is a hunger never satisfied.  And while it is unthinkable to be bored, it only applies to what it is I wish to do.  I tend to study or work on only what I want to, when I want to.  This does not generally go over well with teachers, employers, etc.

I do not have an involuntary fear response.  It is a cold calculation of risk, with mitigating factors included, and then the formation of an immediate plan of action. Physical confrontation is of no emotional consequence to me, other than a mildly heightened state of awareness during the event.  Later, I will feel what others would call a sense of exhilaration at the prospect of what has taken place, but only in the past tense.  This gives me, and again, a person like Sherlock Holmes the desire to confront situations in real time without hesitation or delay, when an unaffected person may balk out of fear, politeness, shock, or even simply not knowing what to do.

The consequences of having this extraordinary set of traits is as shown on the silver screen.  Holmes is often lonely, misunderstood, avoided, and single.  This is very true to life, and it is the price of exceptionalism to those who possess it.  I have never found someone to whom I can relate on the level at which I exist intellectually, emotionally, or psychologically.  In this case, at least, the spectrum of autism which causes someone like me to fall into the top 1 or 2 percent in intellect in the entire world, can also make 98-99% of that same population unable to relate to you.

If people were to be able to look past the extraneous and unavoidable deficits in someone with this spectrum of autism, they would most likely find a brave, sensitive, thoughtful, and endlessly fascinating person who has eccentricities, yes, but also uncommon grasp on a myriad of subjects which far surpass that of the average person, and a true desire to help others, though we may not understand those others as fully as we would like to.  Not everything to those like Sherlock and myself is elementary.

We need a Watson, or perhaps more than one, at times to truly bring out the best in us, and to help others see our value.  That, or we will perhaps continue being forcibly removed from the Olive Garden for speaking in fluent Italian to the waitstaff, and loudly decrying their complete lack of historical and cultural accuracy in menu and wine choices, while doing a spot-on impression of Groucho Marx, using a breadstick as a prop cigar, and creating a sculpture of poorly balanced tableware, held up by a single wooden match, and never finding out where your date disappeared to, once the commotion began; but before your dinner was served.  Theoretically.

It’s your choice.  Please adopt a Sherlock, today. We thank you. 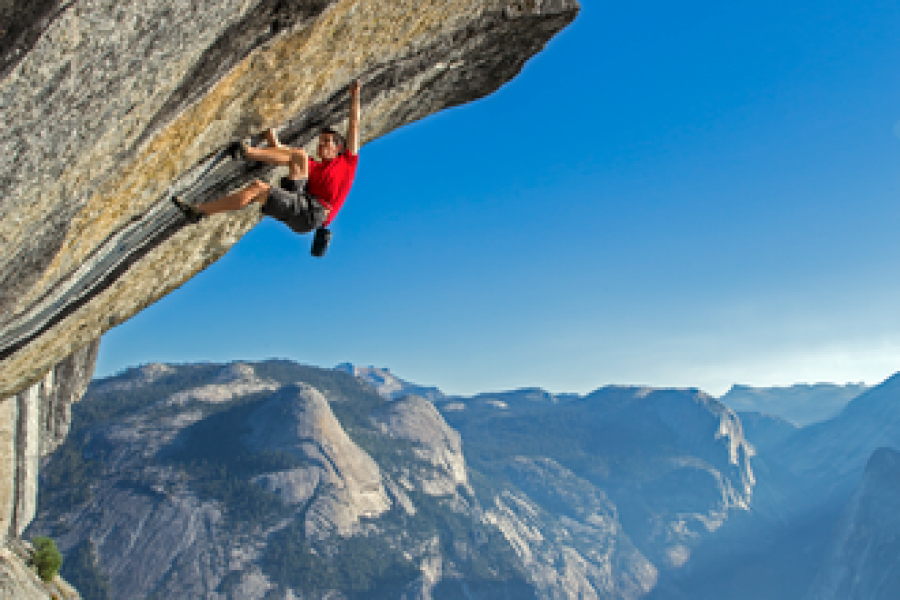 0
0 Like!
Autism and Fearlessness
February 17, 2020 by editor in Trueautism 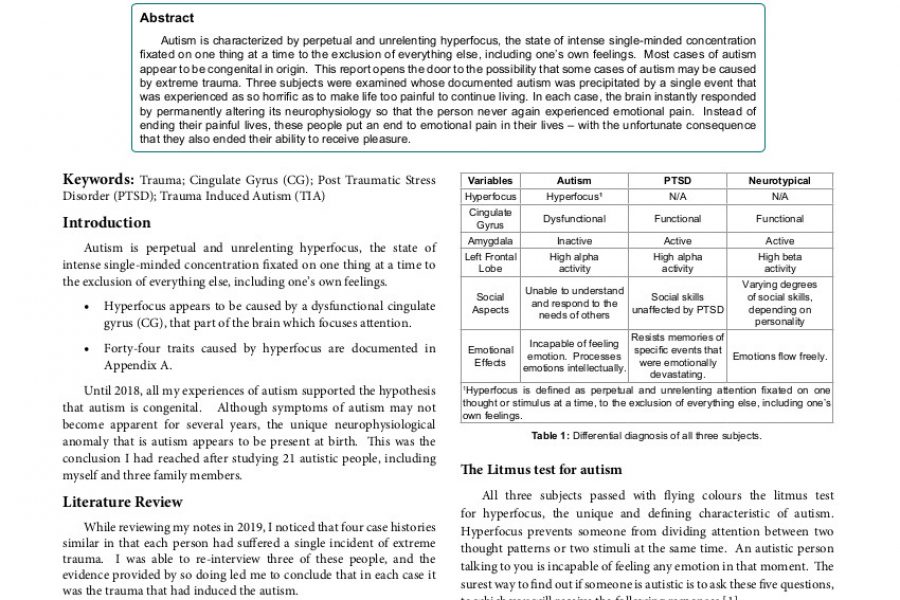 0
0 Like!
Trauma Induced Autism: Rare or Commonplace?
February 7, 2020 by editor in Trueautism 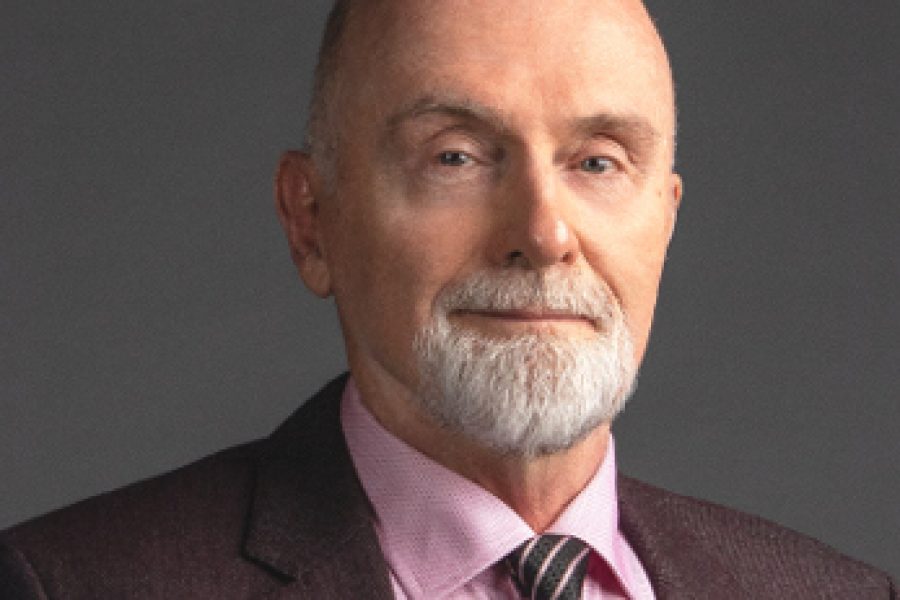 0
0 Like!
The Neurophysiological Cause of Autism
February 1, 2020 by editor in Trueautism

0
0 Like!
Differential Diagnosis of Autism: A Causal Analysis
January 11, 2020 by editor in Trueautism
Leave a reply 0
0 Like!
Trueautism
Autism and Fearlessness
February 17, 2020 by editor in Trueautism 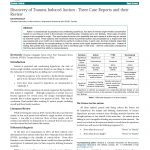 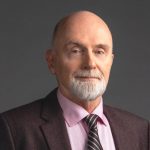 The Neurophysiological Cause of Autism
February 1, 2020 by editor in Trueautism 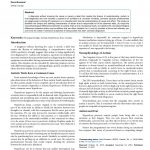