In 2020, the Centers for Disease Control (CDC) reported that 1 in 54 children is diagnosed with an autism spectrum disorder, for a prevalence rate of 1.85% of the population.1 A 2012 review of global prevalence estimates of autism spectrum disorders found 62 cases per 10,000 people, for a prevalence rate of 0.62 percent.2  This apparent 300 percent increase in autism prevalence is in stark contrast to all other disorders listed in the Diagnostic and Statistical Manual of Mental Disorders (DSM-5), for which there has been no increase in prevalence over this same eight-year period.

A 10-year Swedish study in 2015 concluded that although the prevalence of the autism phenotype has remained stable, clinically diagnosed autism spectrum disorder has increased substantially.3  A 2016 study reported that many children originally diagnosed with autism spectrum disorder were later found not to be autistic.4  A comprehensive 2019 study in JAMA Psychiatry indicates that autism is being significantly overdiagnosed.5  Dr. Laurent Mottron, co-author of this most recent study, has expressed these concerns:  “The autism category has considerably overextended …most neurogenetic and child psychiatry disorders that have only a loose resemblance with autism can now be labeled autistic … you could not have ADHD and autism before 2013; now you can.”6  Doctors now tend to label as autistic anyone who simply has ADHD and poor socialization.

This epidemic of false diagnoses coincides with a broadening of the definition of autism.  In 2013, the American Psychiatric Association (APA) merged the following four disorders under the umbrella of autism spectrum disorder (ASD):  autism disorder, Asperger syndrome, childhood disintegrative disorder, and pervasive development disorder not otherwise specified (PDD-NOS).  Autism now includes a spectrum of conditions of uncertain similarity.  Professionals diagnose by ticking off subjective symptoms on a checklist, without questioning the possible causes of said symptoms.

The APA defines autism spectrum disorder as “a neurodevelopment disorder that is characterized by difficulties with social communication and social interaction and restricted and repetitive patterns in behaviors, interests, and activities.”7  TheDSM-5 describes autism as being characterized by (1) persistent deficits in social communication and social interaction; and (2) restricted, repetitive patterns of behavior, interests, or activities.  These criteria are so vague as to be meaningless.  If you do not know what causes certain symptoms, then you know nothing about any presumed disorder in question.

The spectrum idea implies that there can be different kinds of autism and varying degrees or levels of autism.  Not so.  Autism is 100 percent.  Either one is autistic, or s/he is not.

0
0 Like!
Autism Breakthrough: Discovery in Neurophysiology
July 28, 2020 by editor in Trueautism 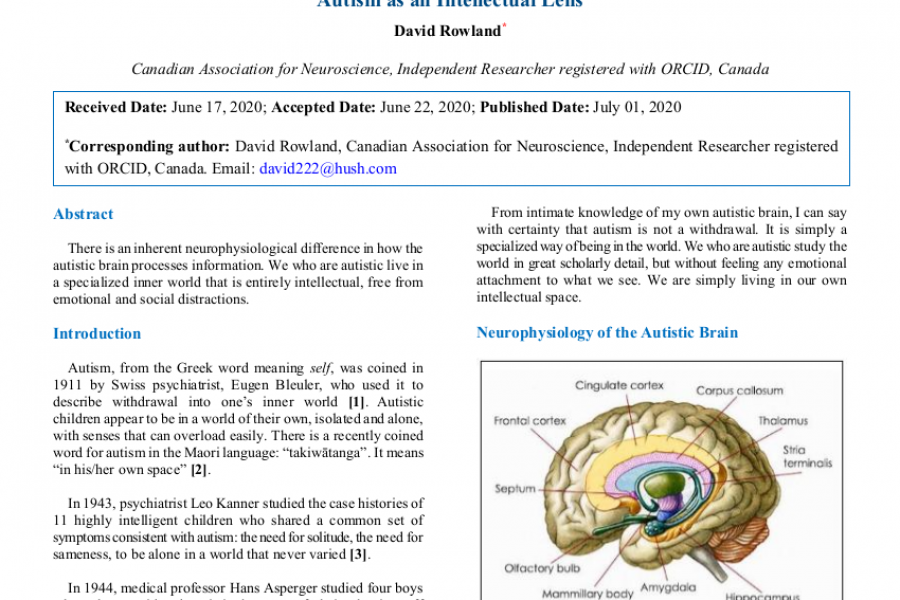 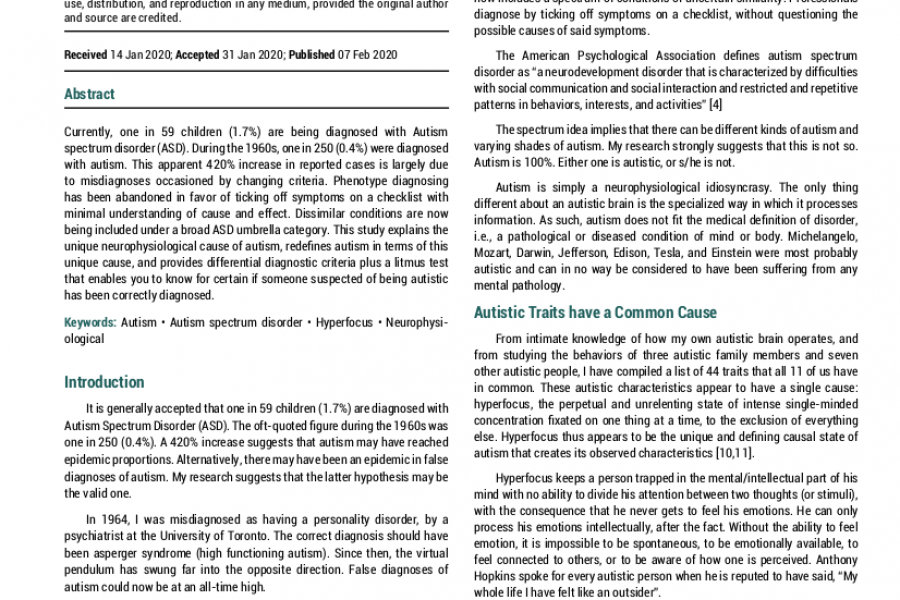 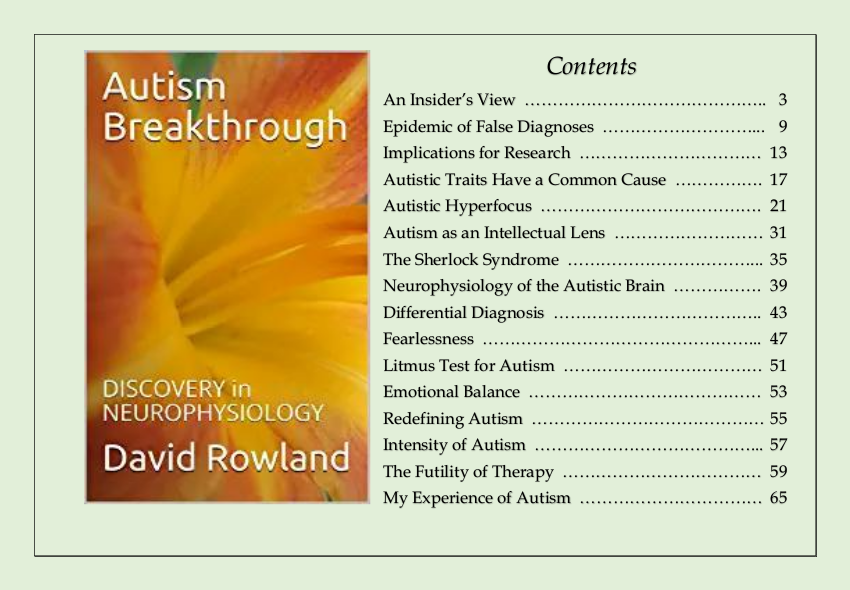 0
0 Like!
Trueautism
Autism Breakthrough: Discovery in Neurophysiology
July 28, 2020 by editor in Trueautism

Epidemic of False Autism Diagnoses
July 20, 2020 by editor in Trueautism

Autism as an Intellectual Lens
June 29, 2020 by editor in Trueautism 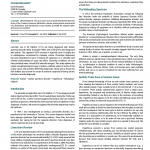 A Need to Redefine Autism
May 9, 2020 by editor in Trueautism
© TRUEAUTISM.INFO 2019 All rights Reserved | Powered by Alexander Serafim Gunn